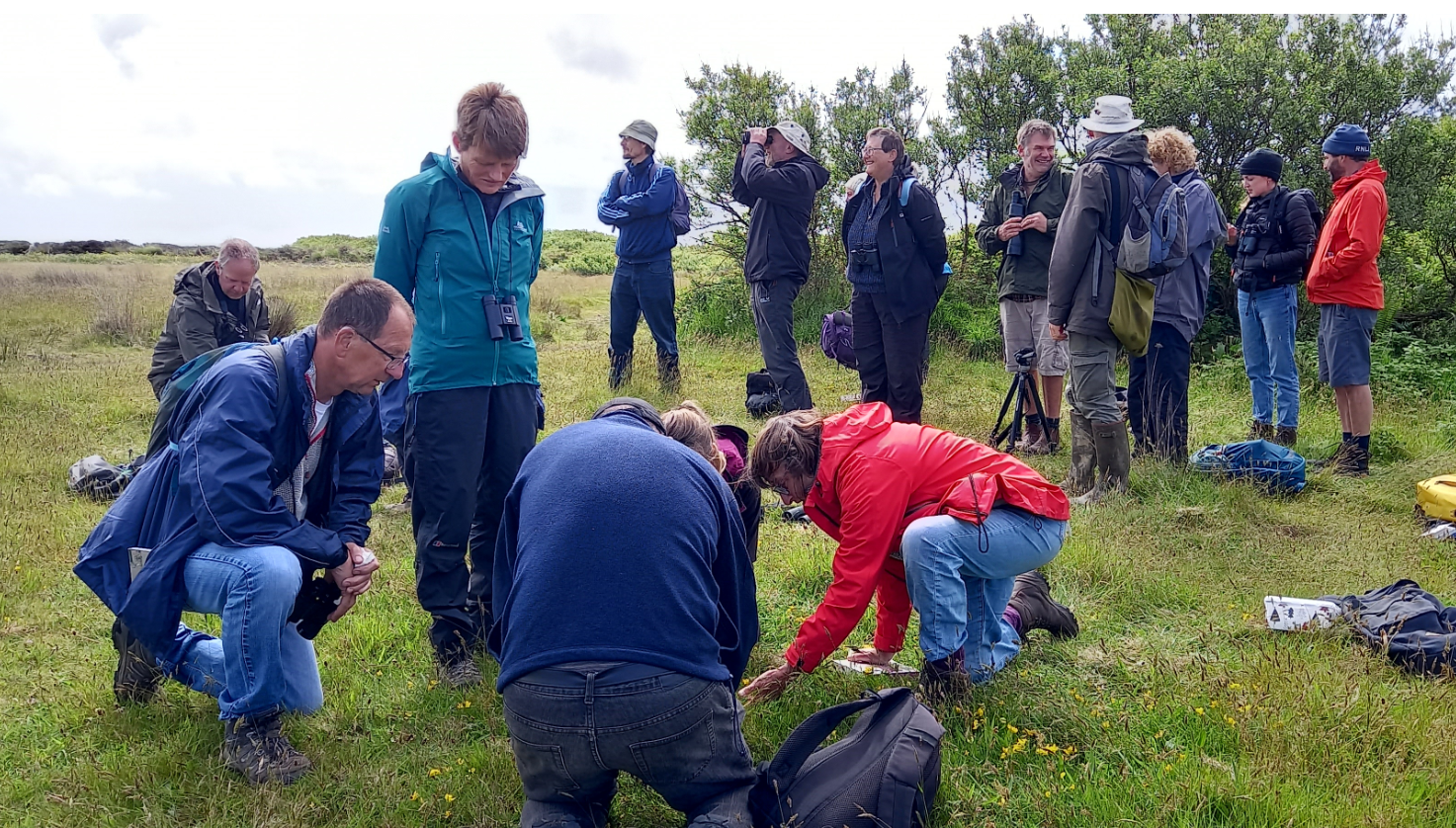 As you might have heard, over the past few months a new volunteering day has started at PLP, running on a Friday. This group, known as the Penwith Wildlife Recording group came about for a number of reasons. One was that we have been thinking about how volunteers might contribute to protecting wildlife without joining in with a group carrying out more strenuous activities. Another was that we were running some wildlife identification courses for the volunteers that were popular and successful, but didn’t necessarily contribute to our understanding of our wildlife in a meaningful way. So, the concept was to create a group in which the volunteers could learn new wildlife identification skills from experts and then put these skills into practice. So far this has been working really well, and is proving highly popular, with about fifteen volunteers present at every session.

Another key idea is to base the sessions at three main sites, allowing a picture of the wildlife to be built up over the year, and the records created to then be submitted to ERCCIS, making a real positive contribution to conservation in Penwith. The sites the group have been focusing on are the Bartinney and Carn Glaze Cornwall Wildlife Trust reserves, The Cliff to Carn Wilding project area, and Sancreed Beacon and Tony’s Wood. So far group sessions have included wildflowers, birds, insects and invertebrates; with planned future sessions on grasses, mosses and butterflies among many other things! Habitats that have had their biodiversity recorded include heaths and moors, sand dunes and Cornish hedges.

These sessions are fully subscribed at the moment, but if you would like to be added on to a waiting list for places please contact our Volunteer Coordinator Chandelle at chandelle.randall@cornwallwildlifetrust.org.uk