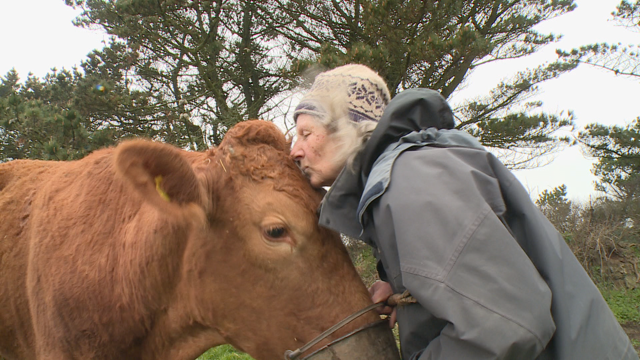 Built around poignant personal testimonies, the film bears witness to a dying breed of families who proudly carry on farming despite the odds stacked against them. If anything, the film is more relevant today than it was when it was first released. Small farms continue to disappear at an alarming rate, nowhere more so than on the Land’s End Peninsula.

The original Dying Breed had to be withdrawn from distribution a year after release because of copyright issues surrounding some of the music used. It now has a new soundtrack, with music specially composed by Neil Reed.

Mick (who is a Penwith Landscape Partnership volunteer) will be at the Newlyn launch to introduce the film and to take questions afterwards.

Following its cinema release, the film will be available via DVD and internet streaming.

If you want to see the film at Newlyn, order your ticket soon, they’re expected to go fast! (Another viewing may be arranged if the viewing is oversubscribed).

NB Please note this isn't a Penwith Landscape Partnership organised event - please liaise directly with Newlyn Filmhouse with any questions you may have.