Penwith Then and Now

Penwith has inspired artists and photographers for many years. When looking at some of these older paintings and pictures of Penwith (dating from either the nineteenth or early twentieth century), we decided to see how the landscape had changed by recreating the same view using modern photography (camera and drone). In some ways not much has changed, which is common theme of this historic landscape - its unchanging nature, and the continuity of its heritage helping to preserve its unique past – but in other cases there has been intriguing change; showing that even Penwith is not immune to the passage of time. We hope you enjoy these comparisons - the modern images have mostly been captured by our volunteer Julian Perry to whom we offer our grateful thanks for his help. Underneath the images we have also credited the original artwork and artist, where known. 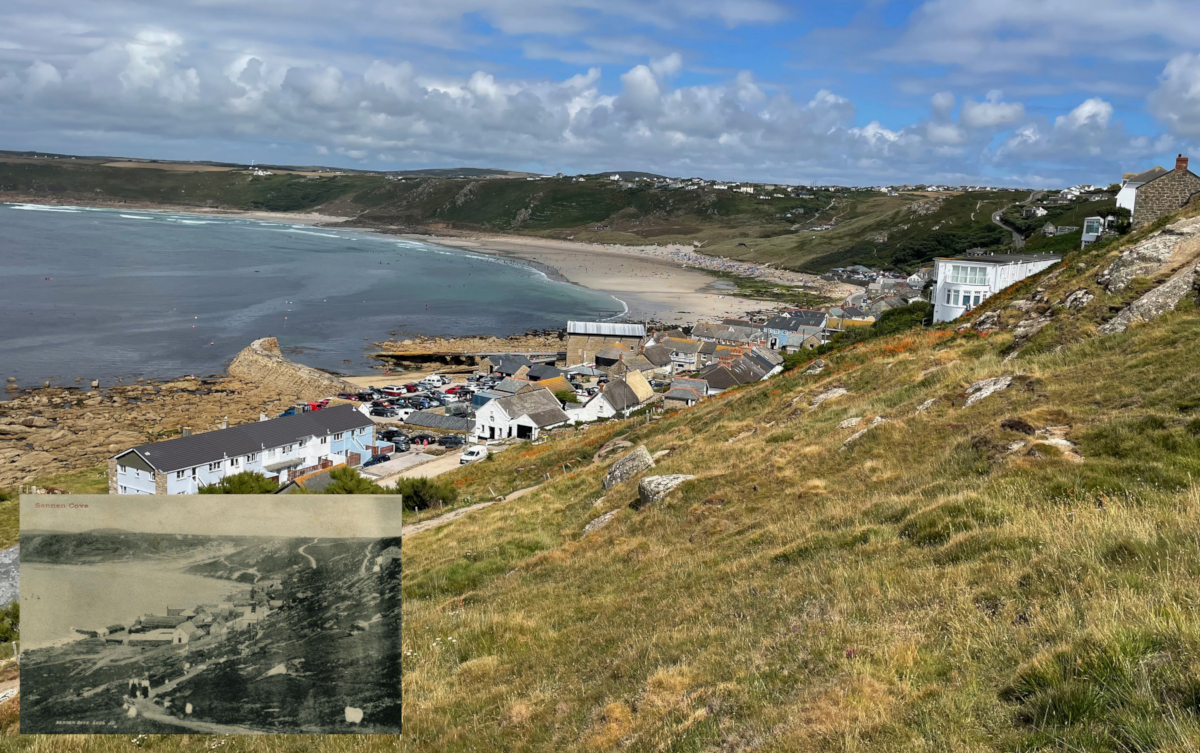 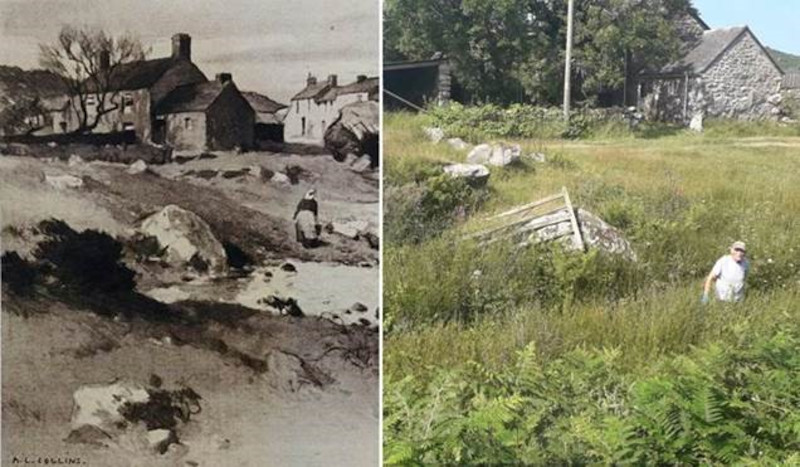 Original artwork: 'Bosporthennis' by AL Collins. This recreation was taken by Richie from the PLP team, with one of our volunteers standing in as the figure! 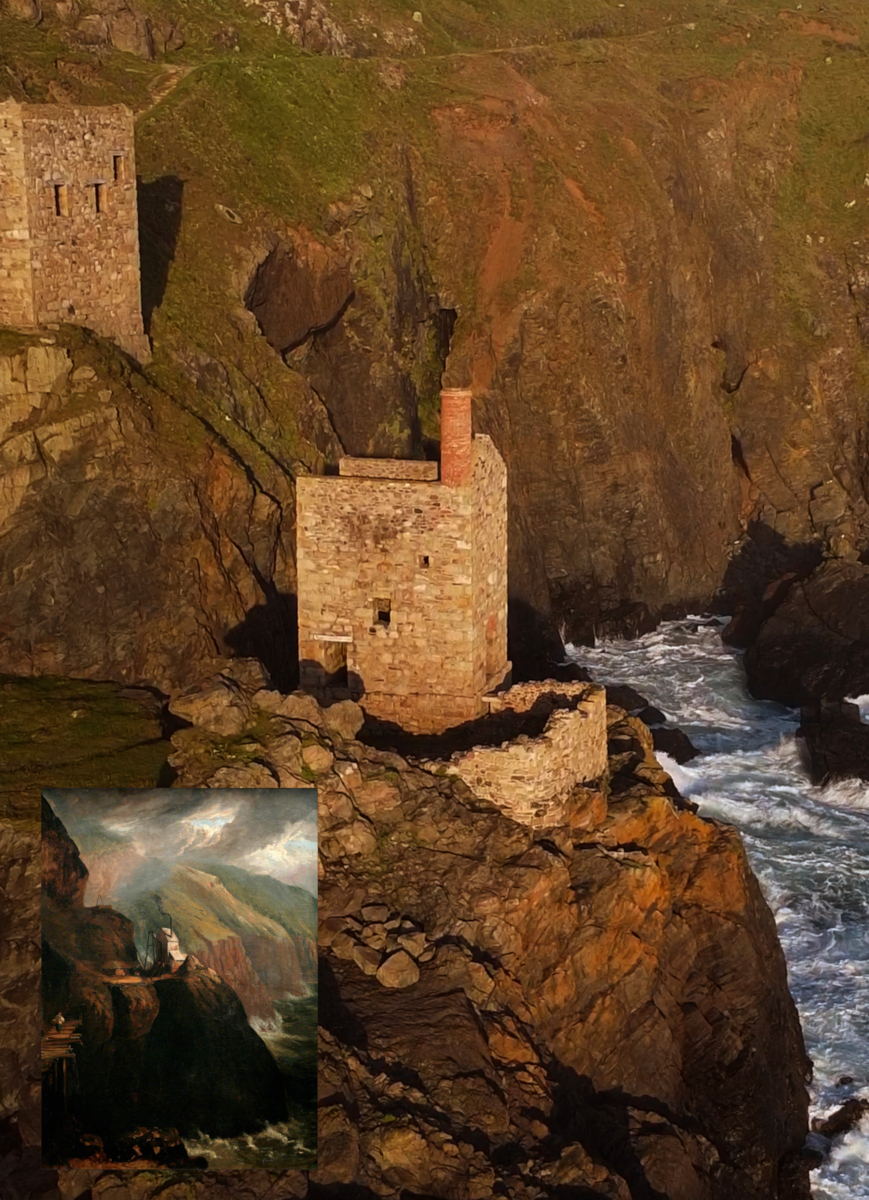 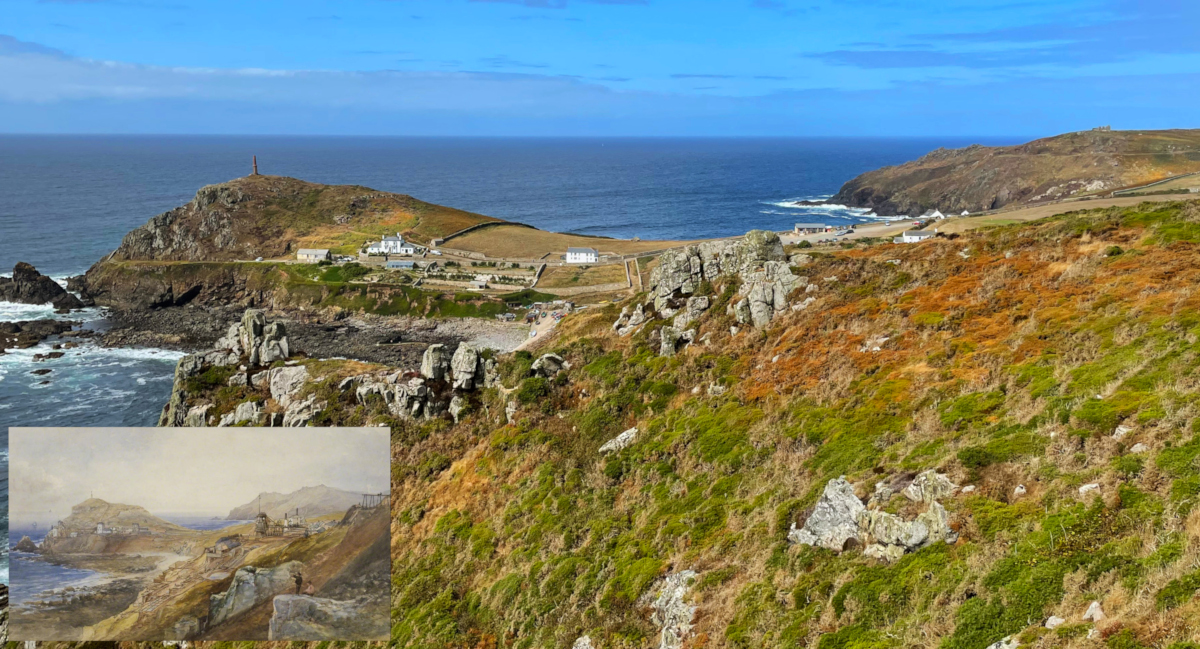 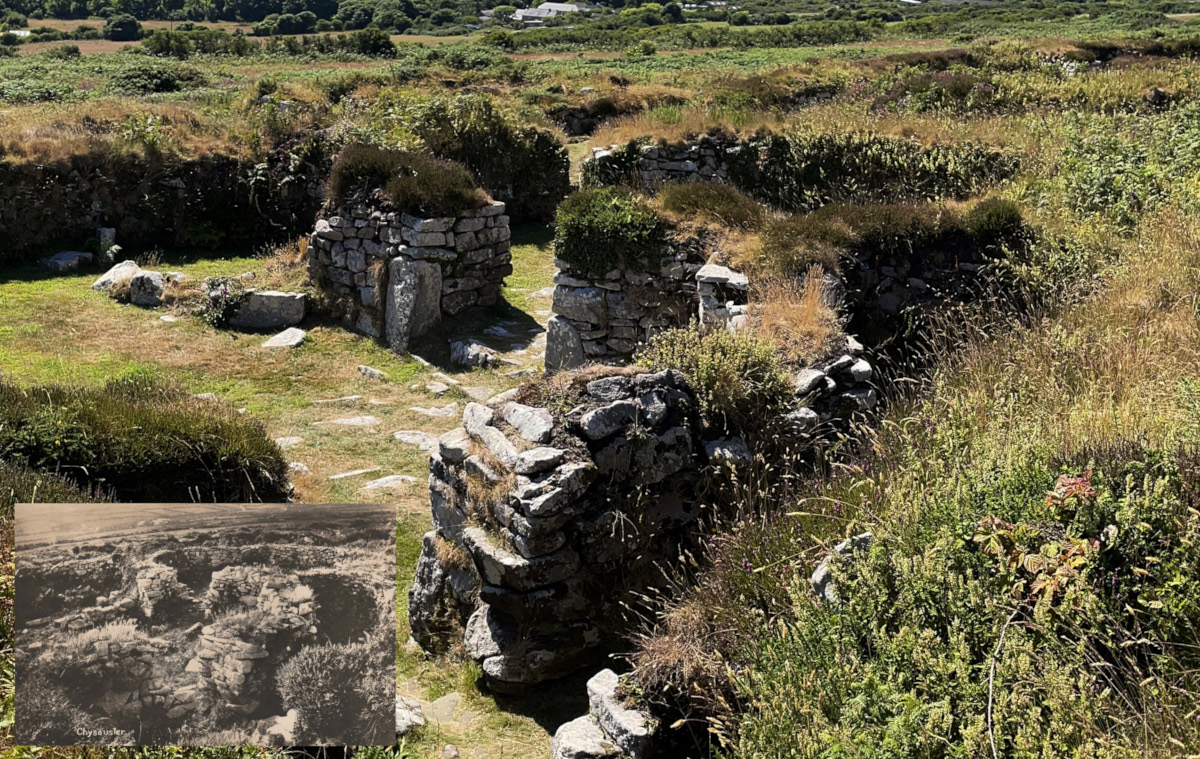 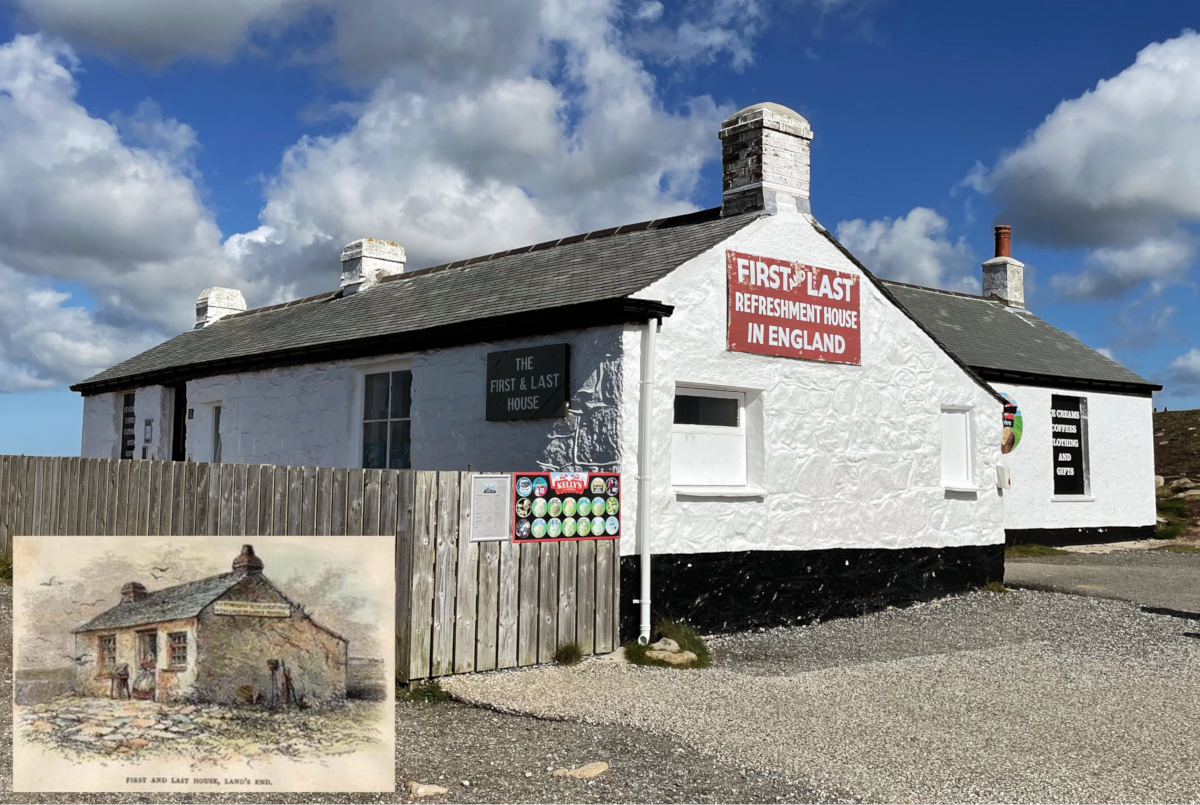 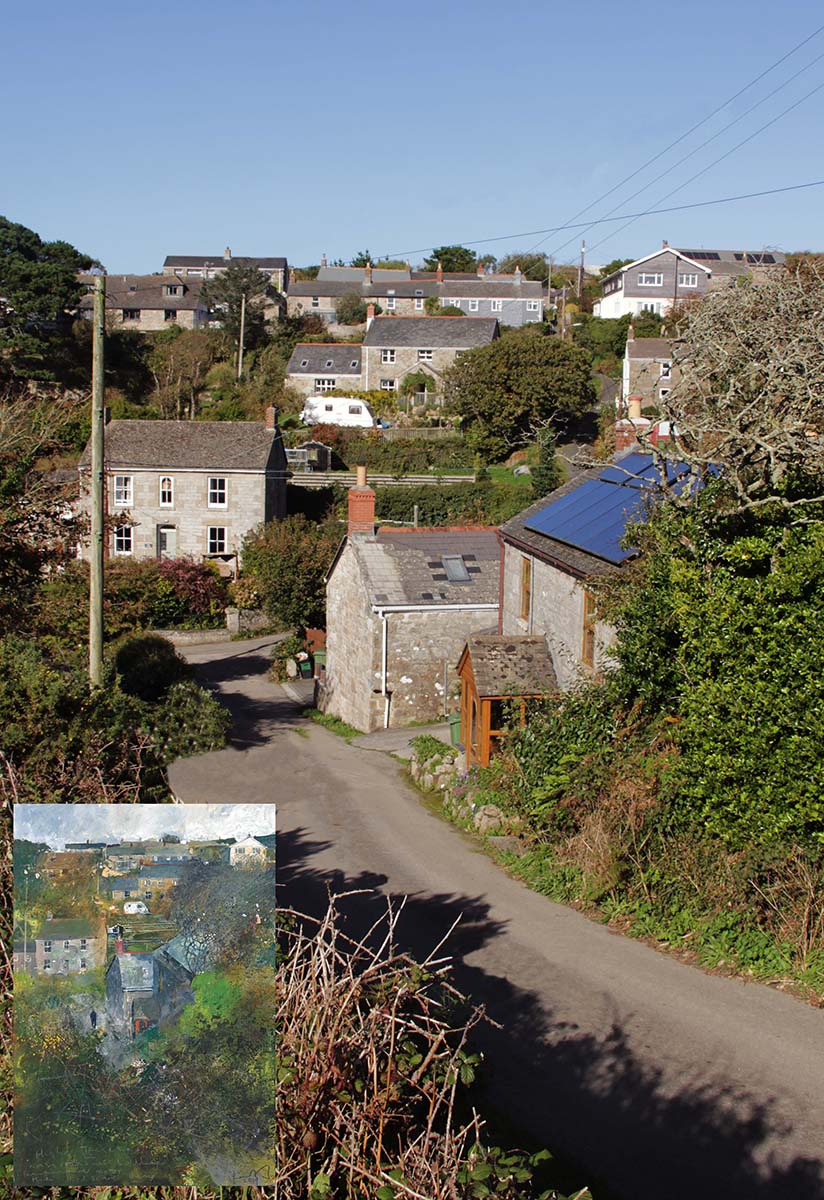 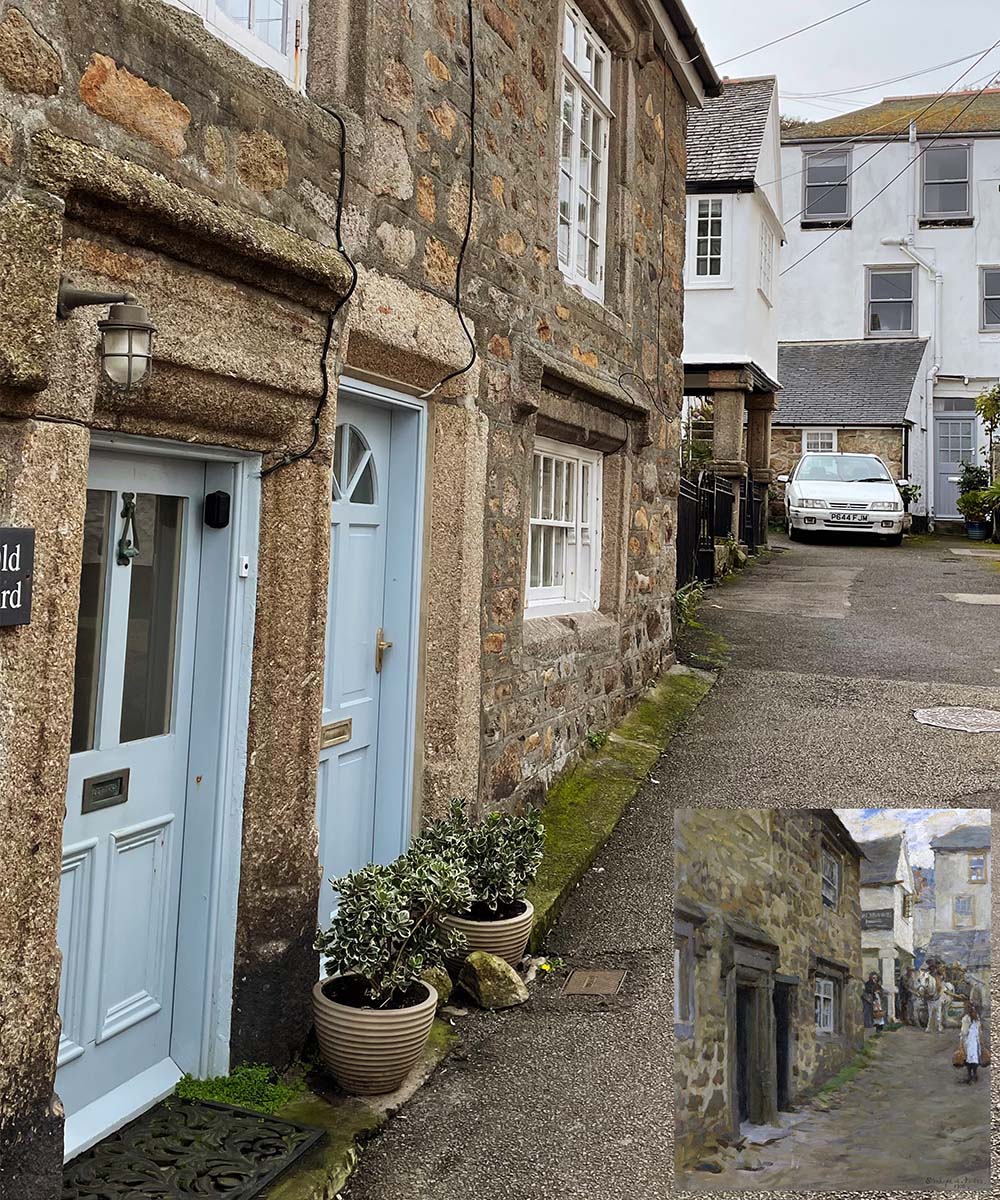 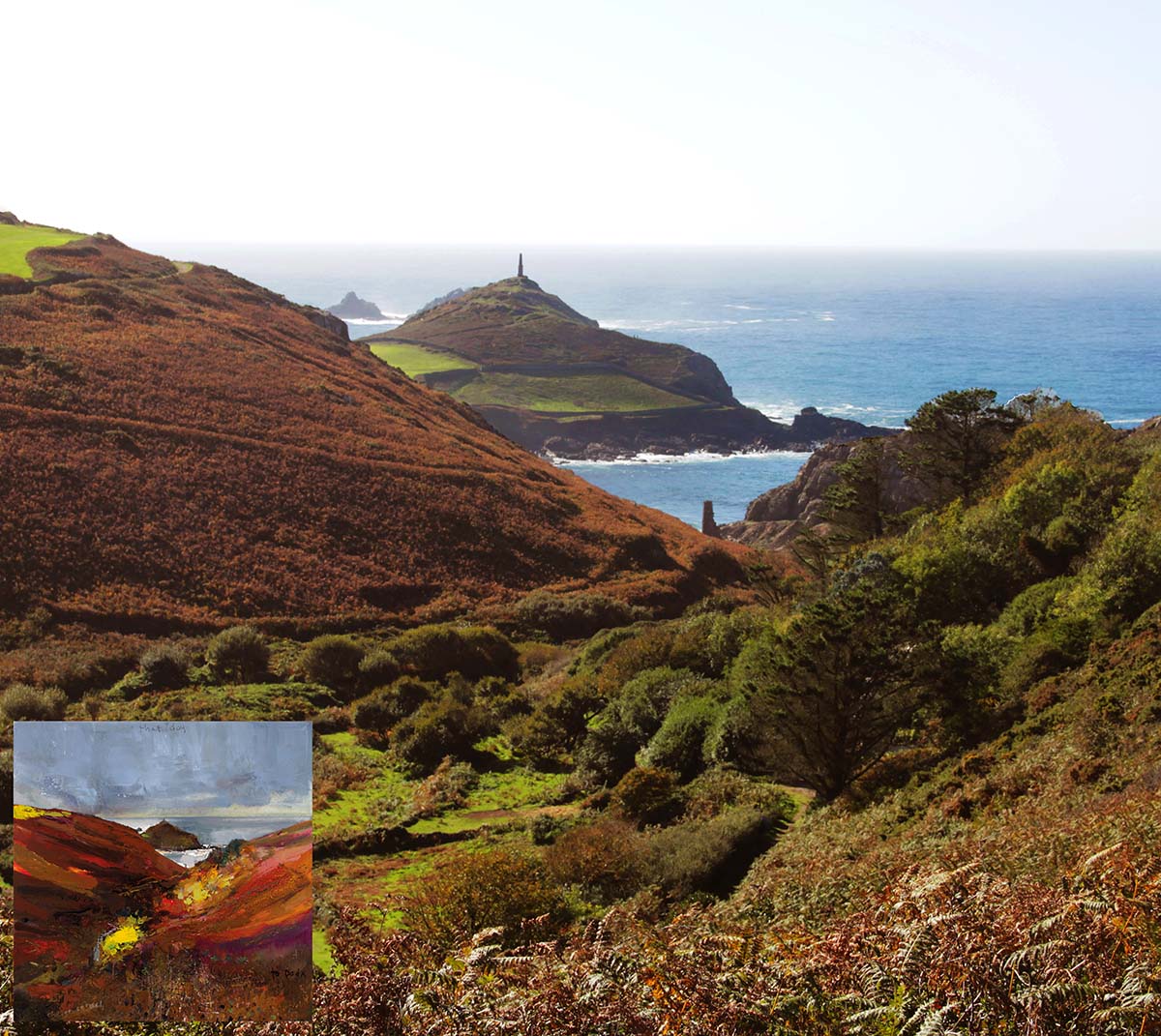 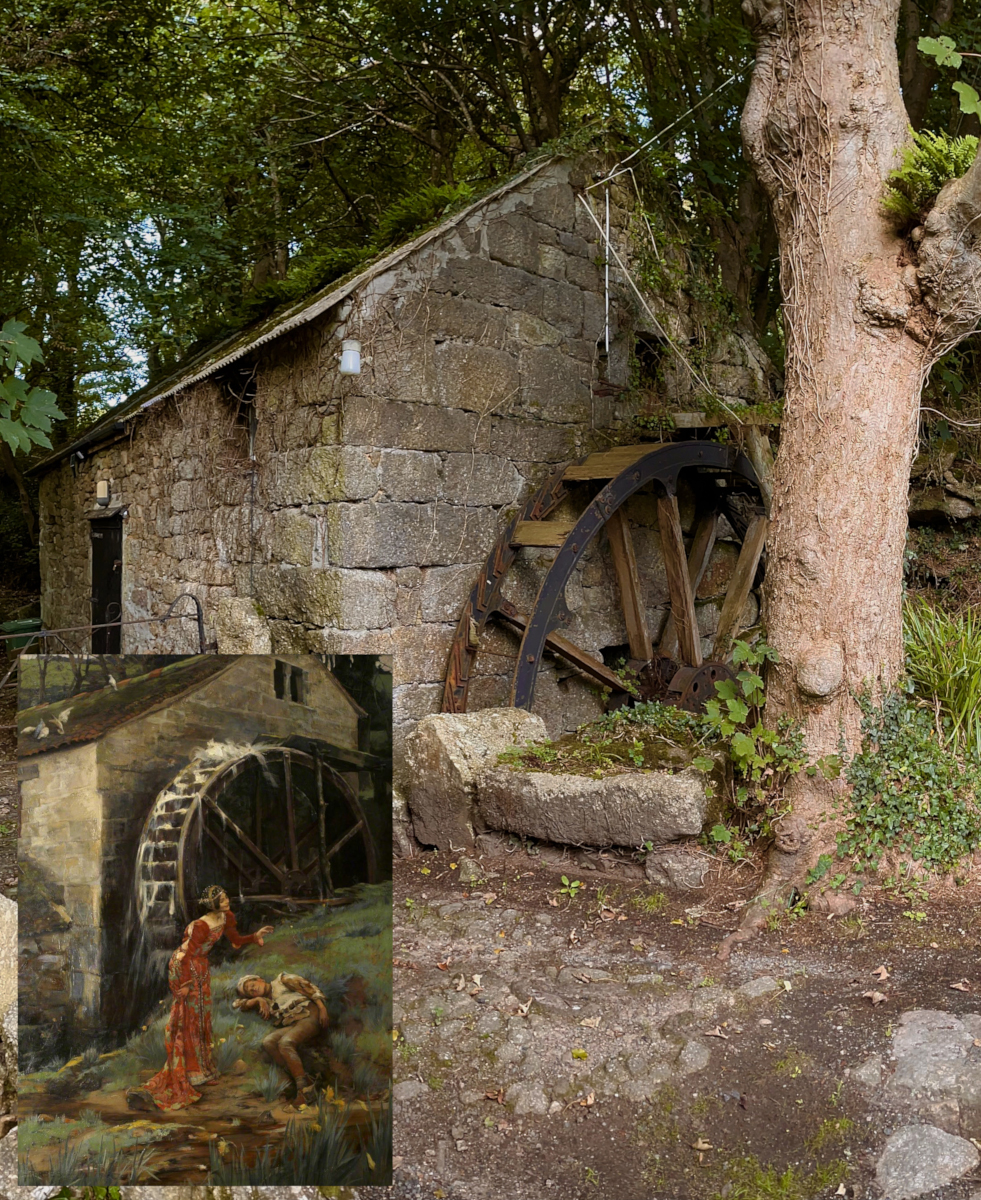 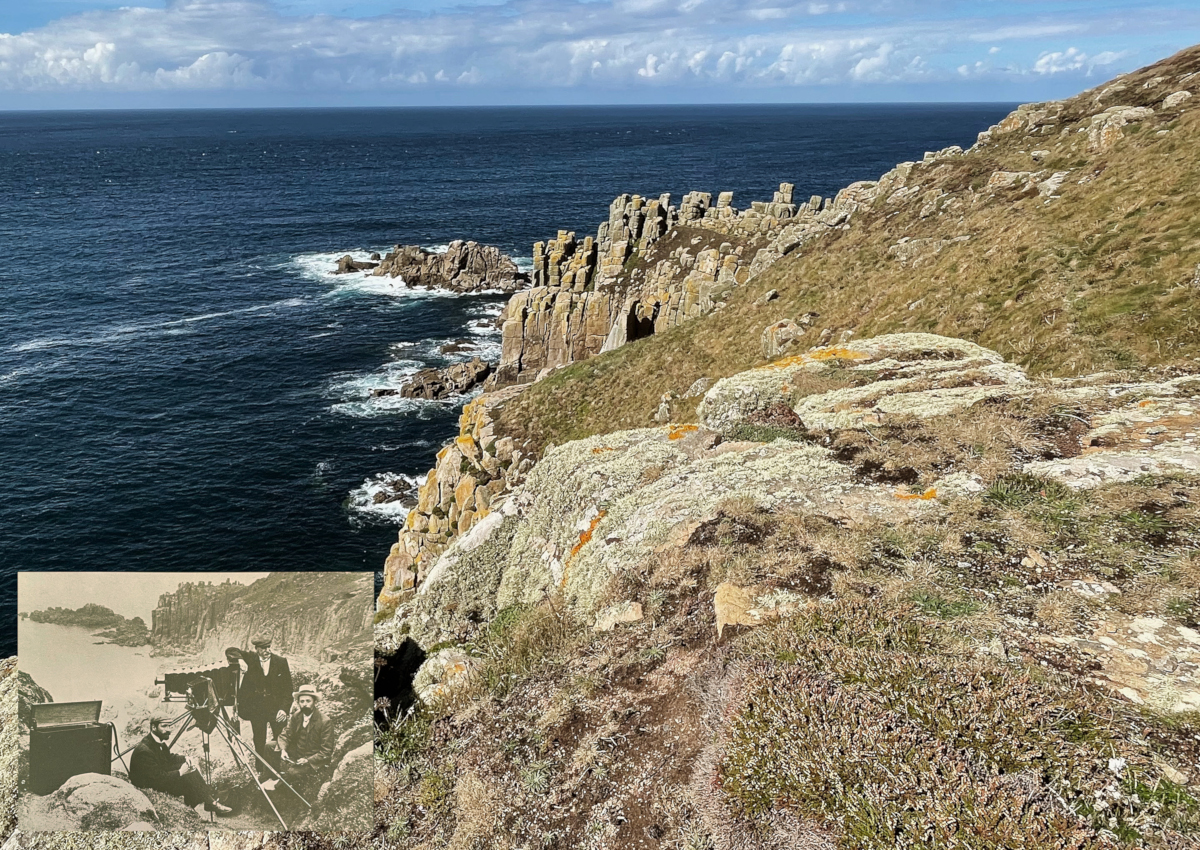 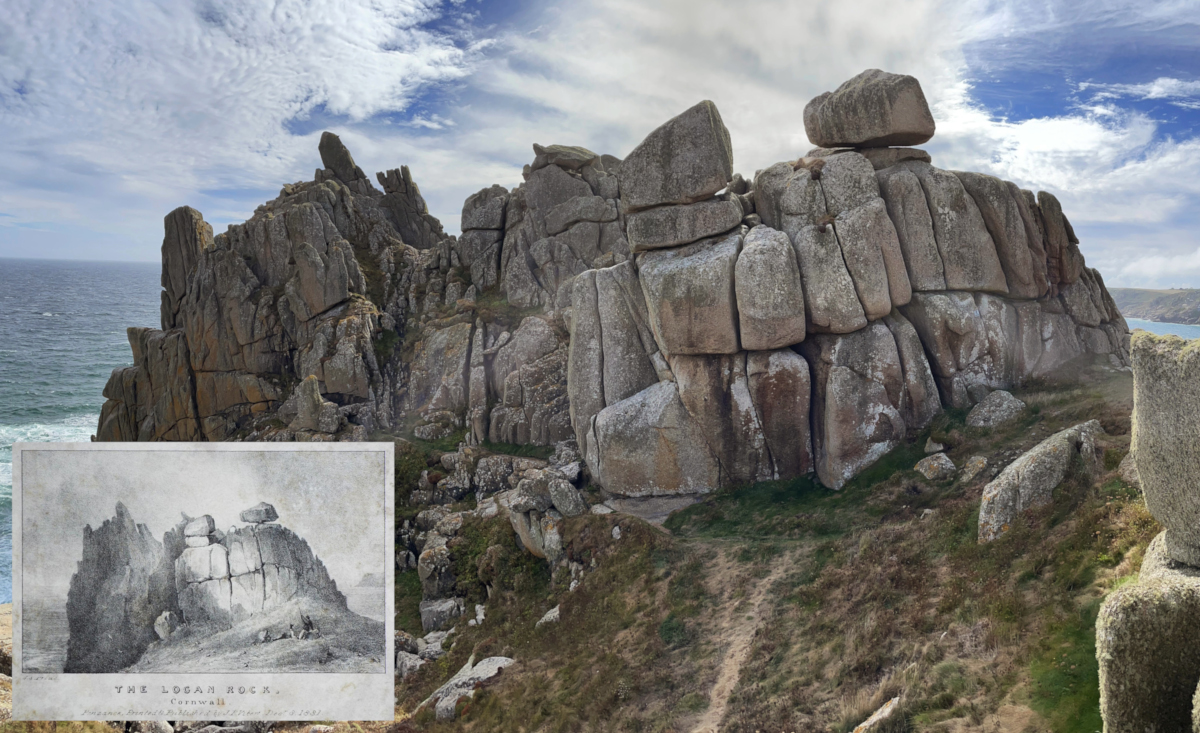 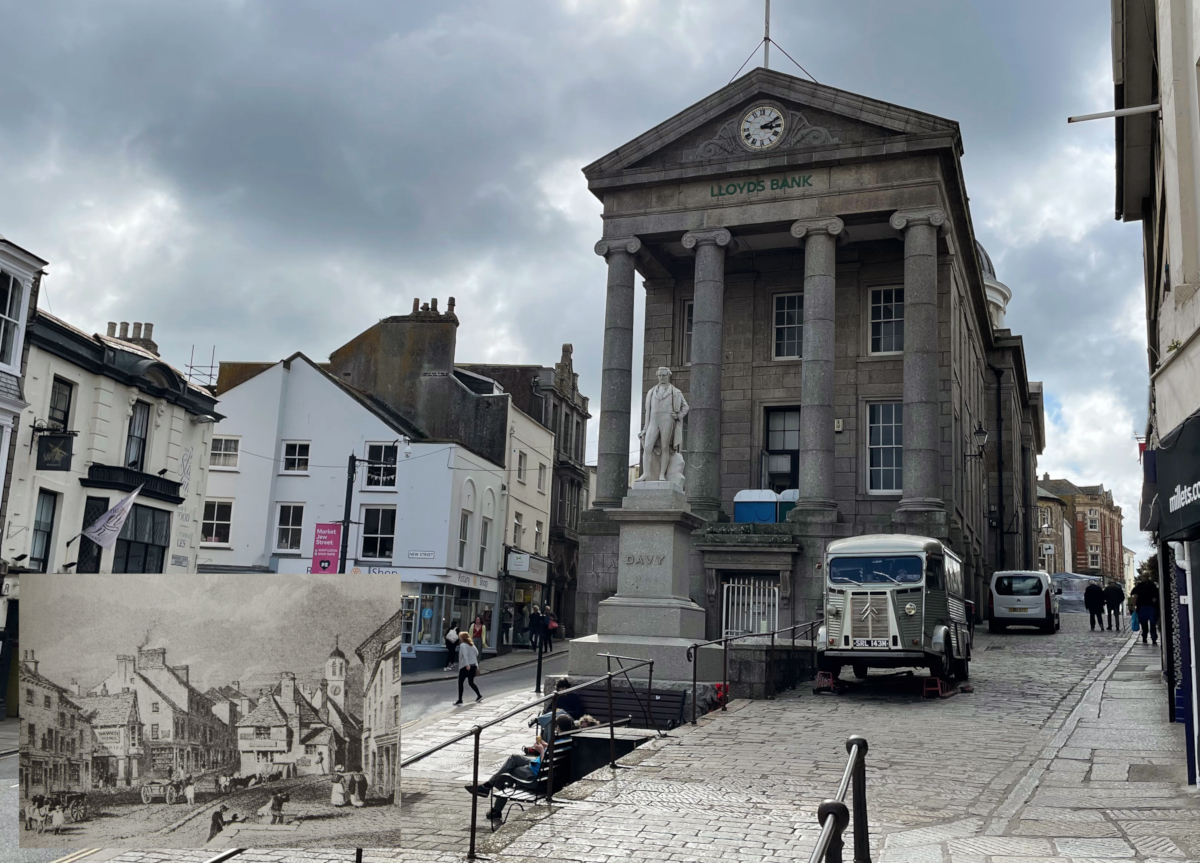 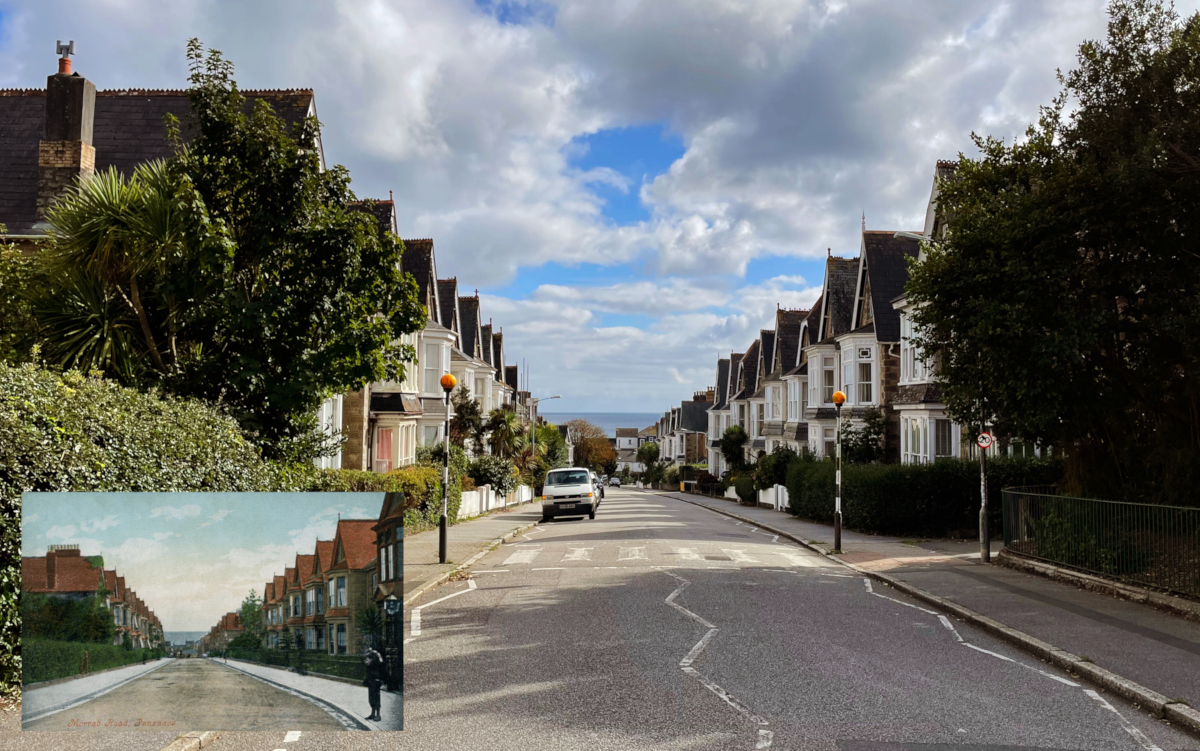 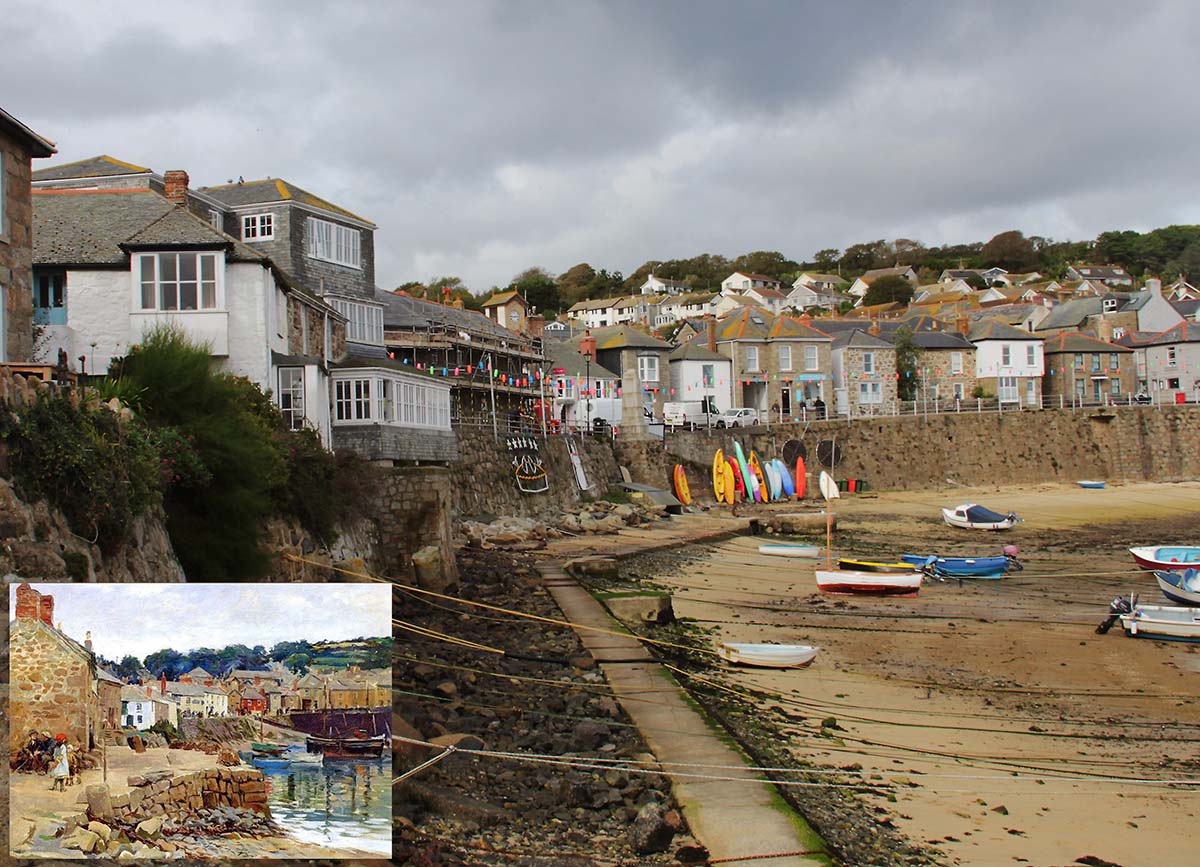 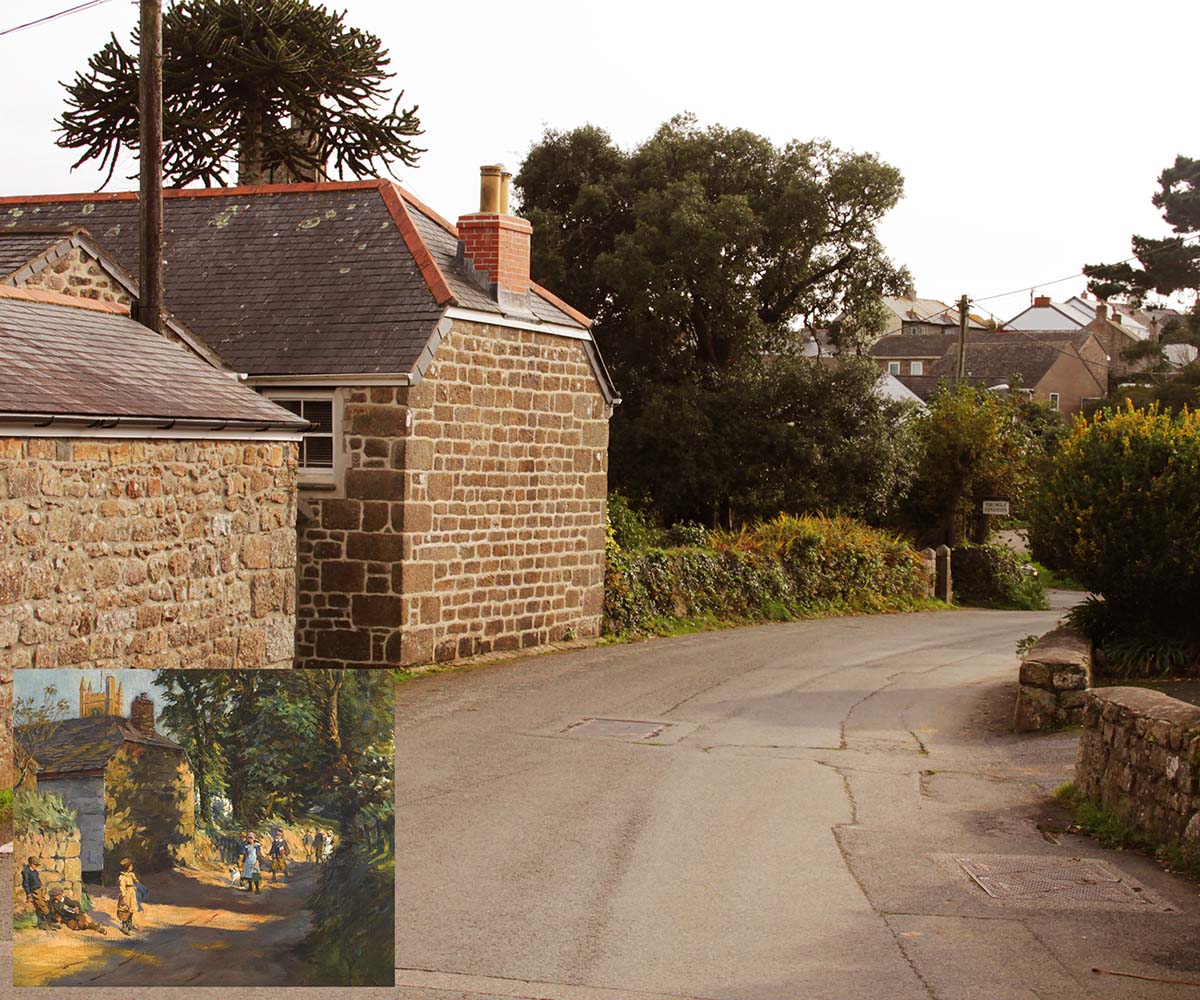 Original artwork: 'St Ives' by Gai Layor, from the Royal Institution of Cornwall Original image: 'St Just in Penwith, view from the South' from the Frances Firth collection. 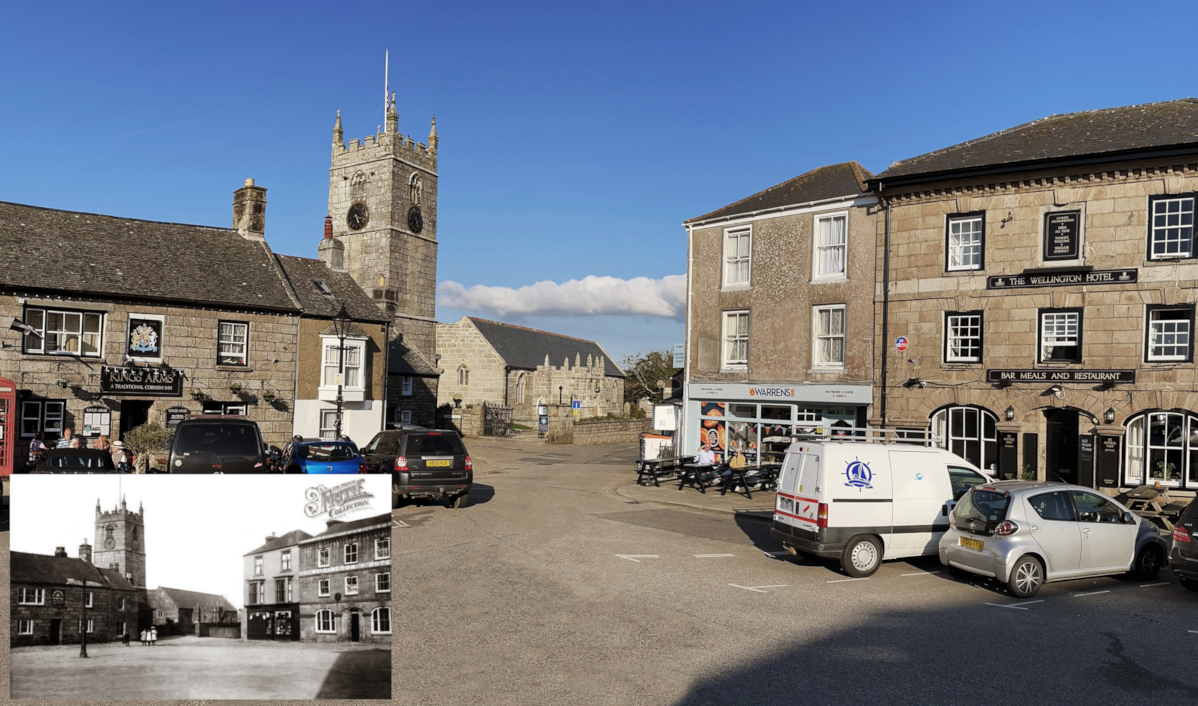 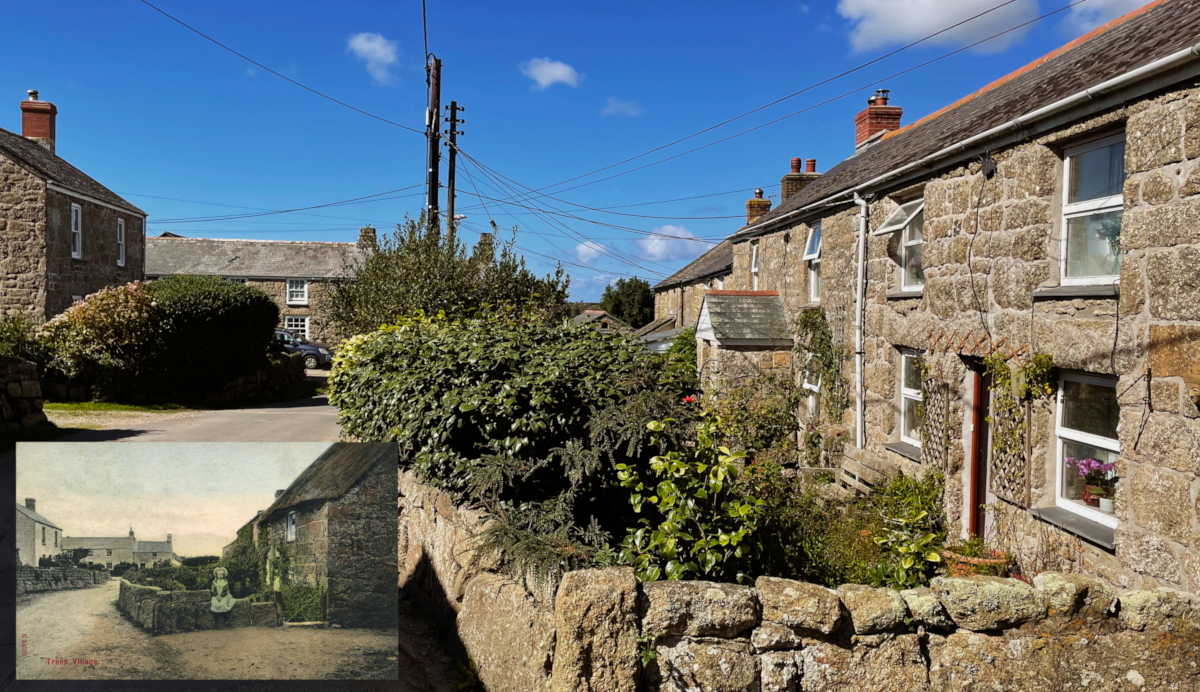